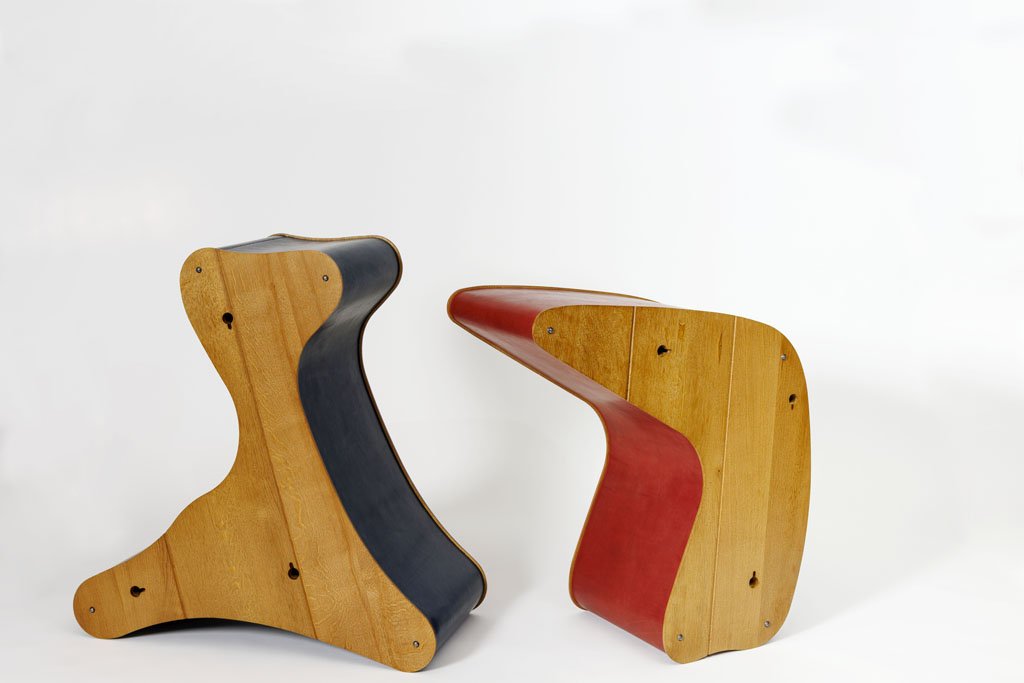 Wohnkultur 66, which is Anna Martina Münch & Manfred Werner, has specialized in architects furniture of the first half of the 20th century. Since 1993 they sell honestly manufactured pieces from Scandinavian, Austrian and Austro-American architects and designers as well as antiques and modern antiques from those regions.

In our series CONTEMPORARY we show unique pieces and editions, such as ceramics by Lutz Könecke, light objects by Konrad Friedel or works by Mats Theselius or Glen Baghurst or carpets by persian artist Lila Valadan.

The showroom is located in an historical slaughterhouse in Hamburg Schanzenviertel.

In our series CONTEMPORARY we show unique pieces and small editions from contemporary designers, such as ceramics by Lutz Könecke, light objects by Konrad Friedel or works by Mats Theselius or Glen Baghurst.

VIENNA—NEW YORK is the exclusive furniture collection of Wohnkultur 66 including designs by Hugo Gorge (1883–1934), Ernst Schwadron (1896–1979) and others. Furniture from both representatives of the Austrian Werkbund can be found in several design museums, galleries and at international auctions. All pieces are handmade in Germany and Denmark.

RICHARD NEUTRA (1892–1970), one of the greatest pioneers of modern architecture, moved from Vienna to America in 1923. He designed individual furniture for his villas and residential projects, such as the Boomerang Chair. For the first time they are now being manufactured in series at VS in Tauber-Bischofsheim.

FRANK LLOYD WRIGHT (1867–1959) is probably the most famous architect in America to this day. Furthermore he created a series of lamps that are still manufactured in Japan today. His signature is particularly evident in the Taliesin III lamp, which is strongly reminiscent of the Fallingwater House.

FINN JUHL (1912–1989) was not only a famous Danish architect, he also created a remarkable number of furniture designs characterized by a very distinctive style – including the Poet Sofa, the Pelican armchair or the chair models 109 and 46. To this day, all pieces are produced exclusively in Denmark and Japan by the best craftsmen under the supervision of the Finn Juhl Foundation & House of Finn Juhl™.

WITMMANN is one of the first-class manufacturers we represent. They manufacture designs by Johannes Spalt, Friedrich Kiesler and Josef Hoffmann, among others, in the best quality in Austria, as well as the most outstanding beds.

PP MØBLER is producing furniture designs by Hans J. Wegner (1914–2007) in the third generation. Here his most sophisticated and complicated icons, such as the Teddy Bear Chair or the Peacock Chair are produced exclusively – everything manufactured completely by hand in Denmark.

BRUNO MATHSSON (1907–1988) was Sweden's most successful architect and furniture designer of the 20th century. In the early 1930s, he designed light, modern beech and birch furniture like his Pernilla chairs. Later, his Superellipse table, which he had designed with Piet Hein, appeared for the first time, followed by the Jetson armchair. In the 70s and 80s Mister, Minister, Mia, Milton and Mina followed. All these models are made in Värnamo, Sweden by Mathsson International.

CARL AUBÖCK, located in Vienna since 1900, manufacturer of decorative art, hasn’t changed a bit since the time between the wars. They designed the most beautiful pieces, highly collectable. Today Carl Auböck IV. is running the workshop.

Viennese manufacturer KALMAR WERKSTÄTTEN, founded 1881, was one of the leading lamp producers of the Austrian Werkbund. It had its international breakthrough after the war and is still family run until today.

FRIEDRICH KIESLER (1890–1965) The Austrian architect Friedrich Kiesler emigrated to America in 1926 and was an extraordinary avant-gardist and radical modernist. This is reflected, for example, in his concept for Peggy Guggenheim’s Gallery in New York, for which the Correalistic Instrument was conceived. The private Friedrich und Lilian Kiesler-Foundation supervises his furniture collection in Austria.

Here you can find various other manufacturers represented by Wohnkultur66 including Danish weaver Hanne Vedel.